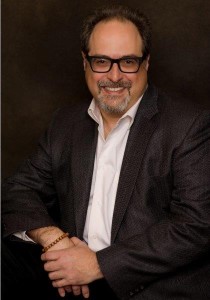 Dino Ramzi was born in Beirut Lebanon and grew up in Montreal. His medical education was at McGill University where he did an internship at St. Mary’s Hospital Center and completed a residency in Family Medicine at the Montreal General Hospital. He graduated from medical school a month before his 23rd birthday. He started teaching early, appointed Lecturer to participate in programs for  younger fellow medical students before graduation.

His first job was at a McGill affiliate in Chisasibi, an Arctic First Nations community, collecting his first major administrative title of Chief of Medicine of a small 18 bed, 4 bassinet hospital at age 27.

In 1991, Dino returned to Montreal and McGill University as an Assistant Professor, honing his teaching skills, developing a passion for evidence-based medicine and doing clinical work at the Montreal General, St. Mary’s and the Queen Elizabeth Hospital as well as in several private practices in town.

Desiring to further his academic contributions to the study and practice of family medicine, in 1996 he relocated to Atlanta to help steer the new family medicine residency program at Emory University. While Canada, Australia, the UK are committed to their primary care infrastructure, the US had not found a place in its most prestigious universities for the education and training of generalists. For this reason, Emory’s new program received a great deal of attention at the time, but was soon subject to the political and cultural aversions to managed care during the late 1990’s.

While he was at Emory, Dino completed a Master’s Degree in Public Health, doing course work predominantly in health policy and management as well as in outcomes research. He soon left Emory to pursue other opportunities in research and in management.  This upcoming departure, however, provided him with an opportunity to return to one of his first loves – providing medical treatment and access to under-serviced communities – and he worked for a  Grady Hospital’s  neighborhood clinics in addition to a brief research project at the CDC.

Marrying his wife Maria in 2005 and moving to Maryland put him in the position of Medical Director at Community Clinic Inc, a facility that later qualified, under his leadership through the application process, as a Federally Qualified Health Center. Dino also reached out to Georgetown University’s faculty to integrate Community Clinic Inc with the Capricorn research network. During his three  year tenure Community Clinic Inc nearly doubled the volume and revenue from direct medical services. Another highlight of Dino’s time in Maryland was the completion of a community-based intervention program to prevent and treat childhood obesity.

Some of his other roles over the years included the Chief Medical Officer of a community health center in Central Washington, a leadership position in Providence Health System, a principal in a successful local practice in Clark County, the medical director of Camas/Washougal Compassion Care clinic, the President of the Clark County Medical Society and the Southwest chapter of the Washington Academy of Family Physicians.

While Dino thrives working in a direct and personal capacity with patients and a group of like-minded primary care providers and patients, a commitment to innovation and the underserved has led to his co-founding EverMed and PanZoe, a company and a charity dedicated to working in the primary care arena.